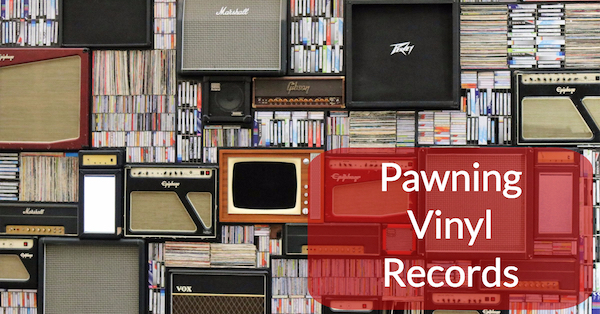 Sometimes old things become cool again, and just like Betty White, beards, and bell-bottoms, vinyl records are back. In fact, for the past 10 years, the sale of vinyl records is up 28%! One argument for the rise in vinyl sales is that the sound quality of a record dominates pretty much any other form of listening available. Others argue that the rising trend of vinyl records is influenced by the nostalgia it offers for some of the music icons that have recently passed such as David Bowie, Prince, and even George Michael. Another argument for vinyl records is quite simply, the “retro-cool” factor.

If you have a stash of vinyl records from your youth hidden away, you may be sitting on some cash. But before you get too excited thinking you can retire early, there are a few things you need to know about vinyl records.

First, many vinyl records had several different releases with different imprints or album covers. Depending on which version of the record you own, you could sell it for a few bucks or several hundred dollars. For example, there are at least 24 versions of The Beatles record “Yesterday and Today”, and there is a wide range of value depending on which of the 24 versions you own.

You also need to be honest about the records you have. Just like with today’s music, there were tons of releases every year in the 60’s and 70’s. Maybe you didn’t have great taste in your 20’s (or 30’s or 40’s). If no one else listened to your music 40 years ago, no one is going to want to listen to it today either. For your record to be worth anything, it must be something that was and, is popular, and is in good condition.

If you are interested in pawning or selling your vinyl records, you will need to do some research. An easy place to start is by researching historical rates of the same or similar records on sites like Discogs, Ebay and Amazon. If you are concerned about the imprint or version of the record you have, you can use things like catalogue numbers, label names, and the etchings found in the runout groove to verify which release you own.

It also important to use some common sense when pawning or selling your records. Things like making sure the record still plays and/or isn’t scratched is an important step before heading to your local pawn shop. Having the original album cover will help increase the worth of the record, too. However, having a missing or damaged cover does not automatically rule out a sale, depending on the record itself.