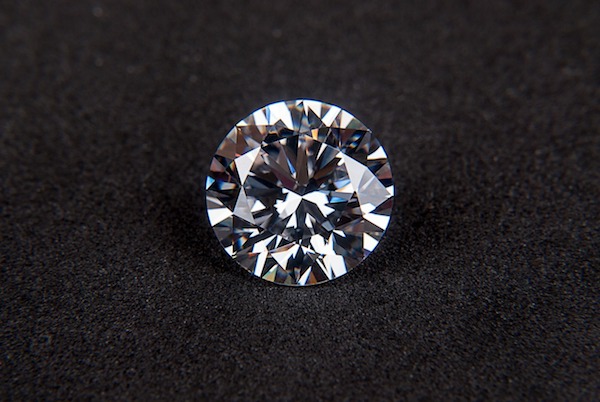 As April draws to a close, let’s shine a light on perhaps the most famous of all the monthly birthstones: the diamond. Most of us have or will be in the market to purchase a diamond at some point in our lives. The process of diamond shopping can feel overwhelming at first, but with some basic knowledge you can feel confident in the price and quality of the diamond you choose.

Chances are within minutes of walking into a jeweler to peruse their diamond selection, you will begin talking about the 4 Cs (Cut, Color, Clarity, & Carat) with the salesperson. In order to ask the best questions and ultimately make the best purchase for you, make sure you understand the 4 Cs before you walk into a jeweler, pawnshop, or other diamond seller.

The 4Cs of Buying a Diamond

Simply put: the better cut a diamond is, the more it will sparkle.

Discussing the color of a diamond is a bit deceiving to novices as it is the lack of color in a diamond that is considered highest quality. The color of a diamond is graded on a scale of colorless to light yellow (D to Z). Diamonds that are colorless, meaning they rate in the D – F range, are the highest quality as their lack of color allows the most amount of light to pass through the stone. As we know from discussing the cut of the diamond, the more light that passes through the stone, the more it sparkles.

The clarity of a diamond speaks to its flaws, commonly referred to as “inclusions”. Clarity is rated anywhere from flawless to imperfect (inclusions visible to the eye). Where a diamond rates on this scale depends on the number of inclusions and where they are located. Inclusions found on the surface of the stone are rated better than if the inclusions were found on the interior of the stone. You may have guessed why the number of inclusions found in a diamond is significance to its value…inclusions create barriers for light to pass through the stone. If a stone has no inclusions then light is able to pass straight through the stone, creating that much sought after sparkle.

The weight of a diamond is measured in carats; each carat is made of 100 points. For example, if you have a diamond that weighs 75 points, your diamond is .75 carats. Many believe that the bigger the diamond, the better, but that is not always the case. Two diamonds of the same weight can vary greatly in price depending on the cut, color, and clarity of the diamonds. For example, if you have two 1 carat diamonds and the first diamond has flawless clarity and is colorless, but the second diamond has imperfect clarity and is light yellow in color, the second diamond will have a much lower value than the first.